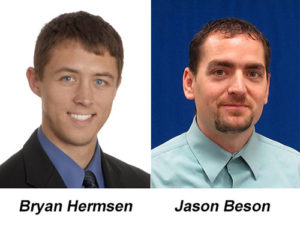 Odyne Systems, Waukesha, WI – January 12, 2015 — Odyne Systems, LLC, a leader in hybrid technology for large vehicles, recently received their seventh and eighth United States Patents:
No. 8,818,588 – for their hybrid vehicle drive system, granted on August 26, 2014 – The patent covers the design that brings the efficiencies of a hybrid system both to new vehicles and as a retro-fit to trucks currently in service.

The company also received its first Chinese patent, ZL200880 105323, granted on March 19, 2014. The company also has three patents in Canada. A total of 26 patents are pending, 19 of which are international. The company continues to develop industry leading technology that provides customers with unique benefits that surpass other systems on the market. The Odyne system continues to be the only plug-in hybrid system on a medium- or heavy-duty truck to deliver greater fuel efficiency  both while driving and at the work site.

Odyne has also continued to enhance its technical expertise by expanding its team. Bryan Hermsen has joined Odyne as Systems and Controls Engineer, where he is responsible for optimizing the  software that controls various systems to further improve energy efficiency and reduce emissions.  Hermsen came to Odyne from GE Transportation, where he served as a Lead Systems Engineer for Trip Optimizer. He has a B.S. in Electrical Engineering from Purdue University, is a graduate of the Edison  Engineering Development Program at GE, and a certified Six Sigma Green Belt. He has filed two patents in the U.S.

Jason Beson has joined Odyne as Director of Service and Quality to assure outstanding product  performance. Beson came to Odyne from Volvo Bus N/A and Azure Dynamics where he developed and implemented support solutions for the commercial vehicle and transit industries, with extensive experience in hybrid and electric powertrain systems. He is proficient in the development of service organizations, warranty systems and leading cross-functional teams. He is committed to providing customer focused cost-effective solutions. He has a B.S. in Mechanical Engineering from Ferris State University, and is a certified Six Sigma Green Belt.

Odyne Systems’ innovation efforts have been noticed. The company was named a 2014 IQ Innovation Quotient Award Winner by Biz Times Magazine and a 2014 Eureka Innovation Award Winner by the Business Journal. In 2013, Odyne was named the winner of the NTEA Green Award, which recognizes the best new product to advance fuel utilization, for the advanced hybrid commercial vehicle developed in conjunction with ComEd of Chicago, IL. Odyne was selected later that year to participate in a $45.4 million U.S. Department of Energy (DOE) award in to develop and deploy plug-in hybrid systems for trucks throughout North America to further advance hybrid technology and accelerate commercialization.

Joe Dalum, president of Odyne Systems, LLC commented, “We are very excited to bring new technology to the market and expand our patent portfolio, as well as strengthen our team with additional systems and controls expertise. We look forward to further optimization of the hybrid drivetrain and continued gains in efficiency through additional engineering focus. We are continually advancing hybrid and truck electrification technology.”

About Odyne Systems, LLC
Odyne is a leader in hybrid drive systems for medium and heavy-duty vehicles. Odyne’s advanced plug-in hybrid technology enables trucks over 14,000 pounds to have substantially lower fuel consumption, lower emissions, improved performance, quieter job site operation and reduced operating and maintenance costs. Odyne has fielded more plug-in hybrid systems for large trucks throughout the United States than any other supplier. Odyne systems are modular and are integrated to powertrains during the new vehicle manufacturing process or are retrofit to existing truck chassis in various applications. The systems are sold and serviced through a worldwide distribution network including Altec, DUECO and Terex Utilities. Odyne has also authorized selected Allison Transmission distributors to service Odyne systems across North America. For further information, visit us at www.odyne.com and follow us on Twitter @Odyne.