Waukesha, WI, February 21, 2013 – Odyne Systems, LLC, a leading manufacturer of hybrid systems for medium and heavy duty work trucks, is showcasing its advanced hybrid propulsion system in booth 5566 at the National Truck Equipment Association show March 6-8 in Indianapolis, IN. A unique new application will be on display at the Ride & Drive event. 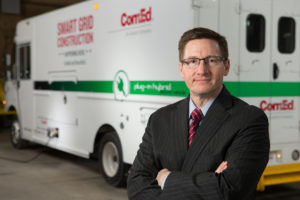 Climb Aboard Two Hybrid Trucks at the Ride & Drive, March 6 and 7.
Wednesday and Thursday afternoon visitors can climb aboard a unique, first of its kind, walk in van equipped with an Odyne plug-in hybrid system that powers climate control and tools underground and which will significantly extend the life of the engine.  Watch as an Odyne system on an F-750 platform powers a Fassi articulating crane with smooth, quiet operation.  Talk to the technical experts and learn about the significant emission reduction and fuel savings of these vehicles.

Odyne Plug-in System on Display in booth 5566
See an Odyne hybrid system component display in booth number 5566 in the CALSTART Clean Tech and Fuels Pavilion and see a video of the equipment in action.

Join in on the Discussion at the Green Truck Conference Tuesday, March 5 at 2:30 – 3:15
Joe Dalum, Odyne President and CEO and Vice President of the Green Truck Association, will be featured along with Joe Pellissier, Process Improvement Manager at NV Energy, speaking on “Measuring Duty Cycles and Making the Business Case for Hybrid Electric.”  See how well hybrid electric units have been performing and learn when they are the optimum selection.

Joe Dalum, President and Chief Executive Officer of Odyne Systems notes, “We’re looking forward to both the Green Truck Conference and the 2013 Work Truck Show as an opportunity to share how the Odyne hybrid system is evolving into new applications that reliably deliver improved performance for medium and large work trucks.  Odyne’s unique system helps reduce operating costs through higher efficiency, and depending on duty cycle, enables large trucks to obtain fuel economy improvements of up to 50%, compared to traditional diesel or gasoline engines.  Odyne continues to be the only plug-in hybrid system on a medium or heavy duty truck to deliver greater fuel efficiency both while driving and at the work site.”

Odyne systems are modular and can be applied and retrofitted to a wide range of work truck chassis in various applications.  Odyne systems are sold through a worldwide distribution network including Altec, DUECO and Terex Utilities.

About Odyne Systems, LLC
Odyne is a leader in hybrid drive systems for medium and heavy duty vehicles. Odyne’s advanced plug-in hybrid technology enables trucks over 14,000 pounds to have substantially lower fuel consumption, lower emissions, improved performance, quieter job site operation and reduced operating and maintenance costs. Odyne has fielded more plug-in hybrid trucks to fleets throughout the United States than any other supplier. The company sells its unique modular hybrid system for new and retrofit applications direct to truck manufacturers and through a global distribution and service network. The name Odyne represents the combination of “O” for Optimal and “dyne” for power or force.  Odyne’s hybrid system for medium and heavy duty trucks represents the best hybrid power solution for large trucks.  For further information, visit us at www.odyne.com and follow us on Twitter @Odyne.